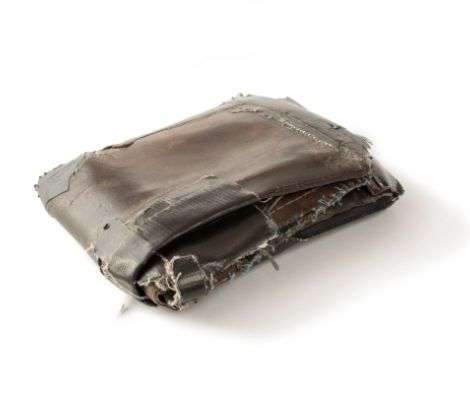 A short piece of fiction from 2018

Mom and I saved her brother from the camping trailer he was dying in. He was too weak to get out of bed, too weak to use a bathroom or feed himself. The trailer buzzed with flies and smelled of human waste. I held my hand over my mouth as my mother called out his name. Too dehydrated to answer, he lay in the fetal position on a mattress streaked with feces and soaked in urine. My mother rolled his skeletal frame toward us. His face was pinched, vacant, a white sheet with eye sockets. She laid her ear to his chest and confirmed he was still breathing. We called 911 and he was taken by ambulance to the emergency room. As I prepared to leave, my mother insisted we return to the trailer to find her brother’s wallet.

My eyes watered from the stench as I kicked a path through the crusted piles of clothes. A mouse ran out from under a pair of stiff fruit of the loom briefs and I raised my foot to let him pass. Half a can of congealed tomato soup sat inside a pot of water on a single burner stove top. Pulling open one of the three cupboards above the kitchenette, I found an empty box of saltines, an unopened can of pork and beans and a trail of mouse droppings, but no sign of a wallet. About to declare defeat, I turned to face my mother and she held up the worn leather wallet. Pushing open the door, we took in deep breaths of fresh air as we stepped out of the trailer and into the brisk morning. Mom shoved the wallet into her jacket pocket, and we got into her car.

Days later, mom and I visited her brother in his hospital room, she brought his wallet. A bag of bones covered loosely with sagging skin, he stared at me, and I stared back, blue eyes to blue eyes. We shared blood, family genes and history. I made him an uncle at age twenty-eight and he made me a prostitute at age four. Pressing coins into the palm of my hand after he’d straightened out his clothes and set me upright, he’d pat me on the head and tell me what a good girl I was. Later, when I was older, I’d learn that getting paid for sex didn’t, in fact, make me good at all.

When finally, he broke my gaze, he looked to my mother, and I wondered if he felt a smug satisfaction at having raped us both. She smiled at him, pulled the wallet from her pocket and tucked it under his translucent hand. As he closed his fingers around it, a coin slipped free and fell to the floor. Twirling like a top at my feet, I trapped it, pinned it under my shoe. My uncle looked from my mother back to me and our eyes locked. For the millionth time, I wondered why we didn’t let him die in his own shit.

“From the very first pages, Lorinda Boyer’s pile of confessions moved me. Lorinda is a master with a pen. She incomparably describes what it feels like to be a Christian woman who must comply with fulfilling the role of being a perfect, dutiful wife and mother at any cost. No saints exist in the pages of this exceptionally written memoir, yet what stands out is the way Lorinda writes about how much her beliefs, confusion, and other people’s actions or lack of them affected her behavior. Overall, Straight Enough by Lorinda Boyer is a triumph of embracing one’s identity, redefining love, expressing one true self, and freeing oneself from feeling unworthy of love. It portrays ​a flawed, loving woman who repetitively struggles with excruciating guilt and thoughts that say she deserves to be punished by God.”